What I would write:

"Taking this vaccine violates my conscience for at least three reasons: first, the use of aborted fetuses in either the development or production of these vaccines, or both, when my religious beliefs require that I respect all human life, including fetal life, and not knowingly profit from harm to fetal life; second, the invasion of my body with foreign toxins when my religious beliefs require I treat my body as a temple, and not so knowingly desecrate it; and third, the coercion against informed consent of this vaccine when my religious beliefs require all medical treatment be conditioned upon informed consent. This is a matter of life and death, the very purpose for which I live my life, respect for all human beings and all human life in the world, a core matter of right and wrong, and essential to my very being. I cannot violate my conscience on such a core matter of my morals and the beliefs that guide me and govern me, formed by religious beliefs and as instructed by my religious tenets. I have never knowingly taken any vaccine, or any medicine, developed or produced with aborted fetal cells, that invaded my body with foreign toxins, or that were compelled against informed consent. The violation of informed consent is a matter of religious conscience; what the Nazi doctors did is morally wrong, spiritually offensive, and participating or partaking in such invasive, coerced medicine at any time offends the very core of my conscience. I cannot consciously disrespect human life, and the core of what makes us human and the dignity it requires we treat ourselves and our fellow human beings, even if it might medically or financially profit me to do so. Some things are not for sale; my conscience, formed by the core of religious tenets, is one of them."

Remember, remember the 5th of November

Sagrada Familia. The most stunning unique architecture I ever witnessed. Gaudi spent much of his life building it, and that was a century ago, with work still ongoing. I hope to see it finished in my lifetime. When asked the timeline for the project, Gaudi, described as "God's Architect" answered: "my client is not in a hurry." The prominent statement scripted in stone on the building merely asks to: "Give us this day our daily bread." The Catalonian genius married his love of God's creation to his religious devotion and expressed them in architectural brilliance of organic design. Gaudi borrowed from the mountain of Montserrat, the caves of Mallorca, the salt caves of Collbató, the crag of Fra Guerau in the Prades Mountains behind Reus, and his tours of nature to find expression in ceramics and stone. The otherworldly design yet feels expressive of nature itself, a devotion in God's creation of God's creation. Apropos for a Sunday. 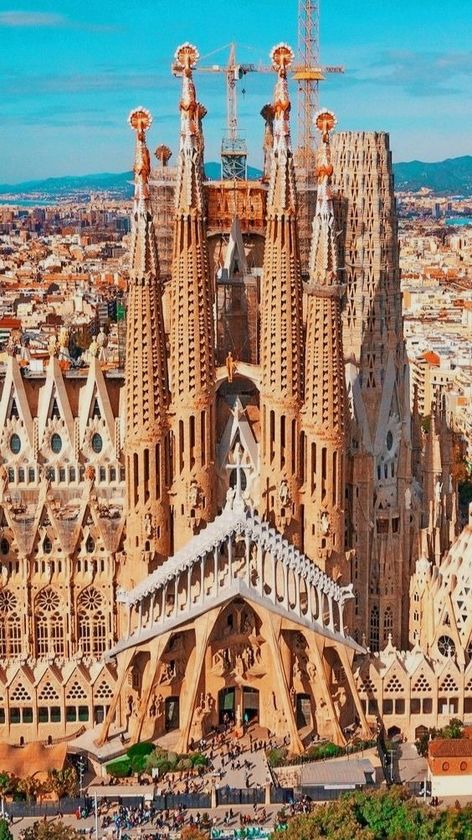 12 hours ago
Interesting experience with drone

I took the kid out yesterday to teach him how to fly the drone. It ended up getting swarmed by bees or wasps. I looked it up online afterwards, and it seems this is not a first. Still trying to figure out if the swarm was aggression or attraction. https://rumble.com/v1a06nd-bees-attack-our-dji-mini-2-aggression-or-attraction.html?mref=71v3&mc=bp3oa